In 2008, Tameka Drummer was arrested for possession of less than two ounces of marijuana. While her marijuana usage would be legal activity in some states, or a misdemeanor in others, in Mississippi Tameka Drummer was sentenced to life in prison, without the possibility of parole. Drummer was sentenced under Mississippi’s habitual enhancement, which applies harsh mandatory minimum sentences to those with previous criminal records, even for relatively minor offenses. Mandatory minimum sentences prevent judges from exercising discretion and considering the facts of the case. These sentences tie the hands of judges and apply sentences that can be grossly disproportionate to the underlying conduct. In recent years, states have moved to eliminate mandatory minimums to allow for individualized sentences that restore the notion of a punishment that fits the crime. 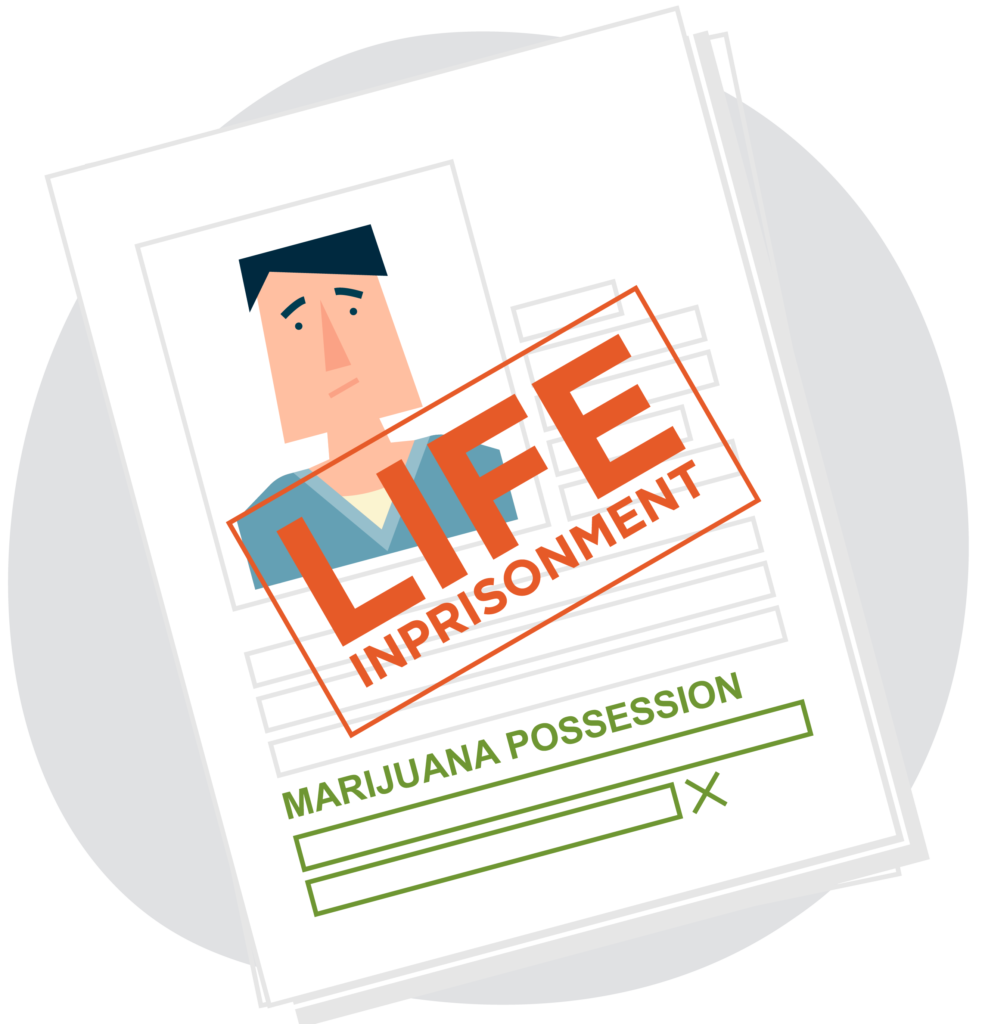 Has the state eliminated "Three Strikes" or habitual laws that apply long mandatory sentences to those with previous offenses on their record?

Do judges have flexibility to adjust sentences within a range, suspend sentences, or use a safety valve?

While Mississippi technically imposes mandatory minimums for drug offenses, judges have the ability to suspend sentences in most instances.

Mississippi technically imposes minimum sentences on drug offenses, applying a sentencing range to drug offenses based on the amount of drugs involved. Judges have the ability to suspend sentences, up to 100%, in their discretion, and this prevents many of the worst outcomes from mandatory minimum sentences. However, most cases never make it to trial. The majority of criminal cases are resolved with a plea deal, where defendants are incentivized to plea guilty rather than risk a potentially higher sentence at trial. Mississippi’s law could be improved by adjusting the minimum sentencing range for drug offenses to zero, to ensure that defendants are treated equally throughout the sentencing process.

Mississippi’s regressive habitual enhancement applies life sentences to individuals with two previous criminal offenses in their past, if one was a crime of violence, regardless of the nature of their current offense. It also applies a mandatory maximum sentence to anyone charged with their third felony offense, regardless of the nature of the offenses and without consideration for any mitigating factors.

Mississippi’s judges have wide latitude to suspend sentences, up to 100%, in their discretion, except in the cases of individuals charged with habitual offenses.